THE END
Well here we are: the lovely quirky project that has been Darklands: Metal Age has now reached its end. The Drinking Companions have now been produced in metal and have been sent as part of Wave 18!

That draws Darklands: Metal Age to a close, and we'd like to thank each and every backer for their funds and their forbearance, because this project has taken a little longer than we'd hoped to finish. We're there now though!

What's next?
The Drinking Companions will be in production shortly and will be sent during Wave 18, in August, as long as you have a Metal Age shipment item, of course. If you haven't, purchase one here: http://mierce-miniatures.com/index.php? ... g#shipping

If you reserved your drinking companions during the project, have no fear - we'll be adding them to your orders later on this month, ready for shipment as part of Wave 18.

What Ships When
Here's an up to date list of what we think will be shipped when.

Items in bold will DEFINITELY be sent in that wave as they are in production with the metal casters (or they're resin, and we have them in hand).

Items in bold italics denote those that have been produced in sample form, and are just awaiting production versions after any corrections.

Items in italics are in mould-making progress (as we have all of the miniatures required for that host and have shipped them to the metal casters) and should make it into that wave, but we don't yet have the first samples.

Purchasing Deadlines
All of the hosts have now been removed, but there's still time to purchase the Drinking Companions and remaining monsters.

Keep watching this list as it may well change - and if you have any issues with the above timings, please let us know and we may well be able to push the deadline back a little for you.
We reserve the right to change any of the above dates without notice.

Sculpts and Sculptors
Here's the big list of who's sculpting what and when for Darklands: New Kindreds! Please bear in mind that this list may change over time, so don't take it as set in stone until the first work in progress shots appear.

We've split the lists into completely new sculpts and alterations to make life easier for us all!

TIM PROW: Tim has completed Egaendr, and that concludes his work on this project!

As above, we'll do these in "new sculpts" and "alternate sculpts" lists...

Let us know if we've missed anything, of course!
Mierce Miniatures
http://mierce-miniatures.com
Top

It's a drinking companion for the Anglecynn this week, in the inebriated form of Quaffing Timoth...

QUAFFING TIMOTH
A cheery drinker of watery German ale, is Quaffing Timoth, easily spotted down the pub thanks to his rosy red cheeks and bright red bulbous nose (with the largest nostrils in Mierce Towers, we'll have you know. We've measured them). Generally speaking, Quaffing Timoth can only actually quaff two beers before it's bedtime for Timmy, but if plied with JD and coke he can keep going a bit longer... 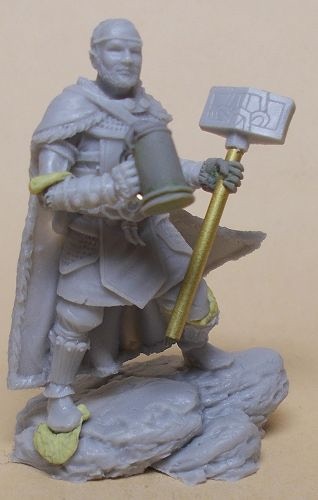 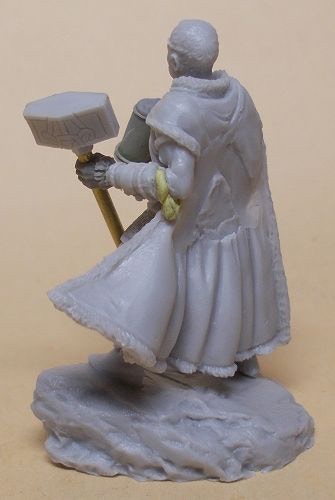 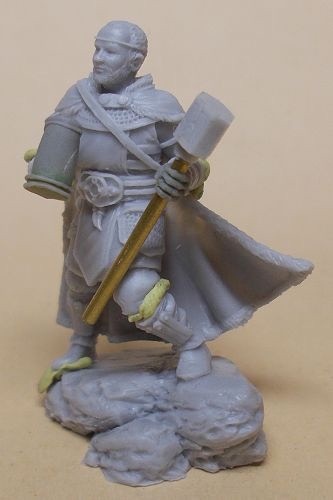 There's just the one miniature to show this week, and that's a beastie from the overworked fingers of Tim Prow...

ISKARNOS, SZALAMAKH
The penultimate monster from this project, Iskarnos the Szalamakh, has been lovingly converted from Ulmons by Tim Prow and looks super-duper even if we do say so ourselves. 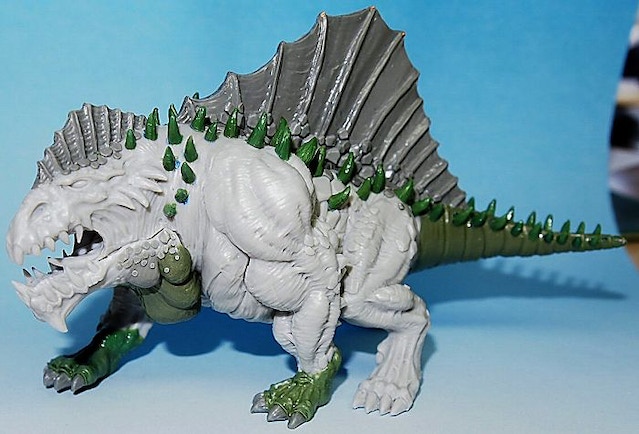 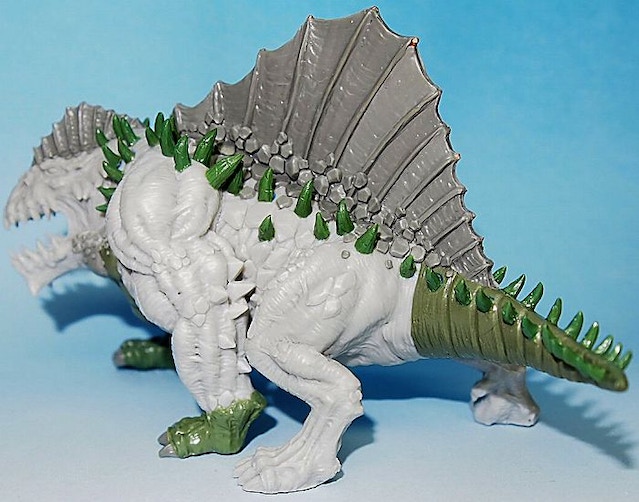 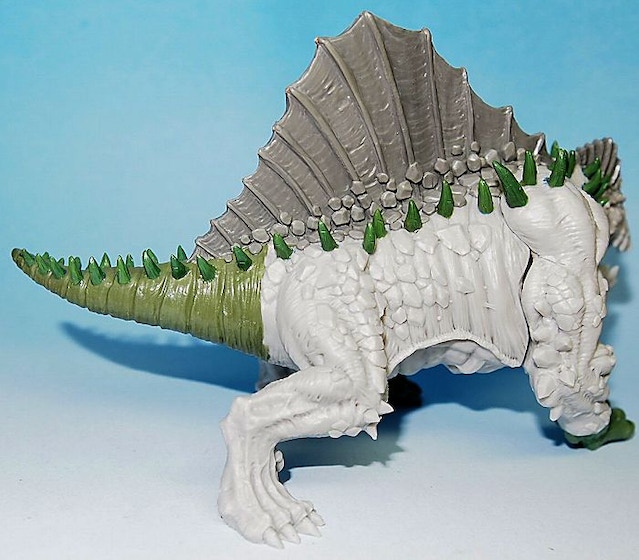 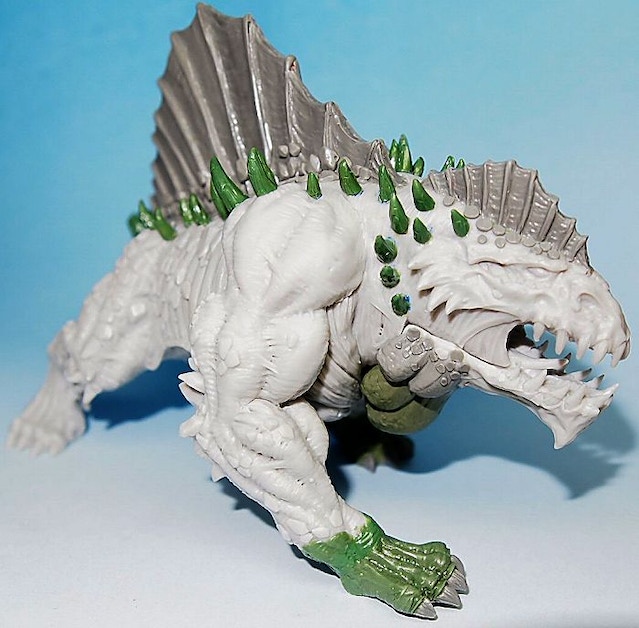 DRUNKARD CINIOD
The Scots have, of course, evolved drinking into a competitive sport and Drunkard Ciniod could drink anybody under the table, including (but not limited to) Jean-Claude Juncker. Which is saying something. 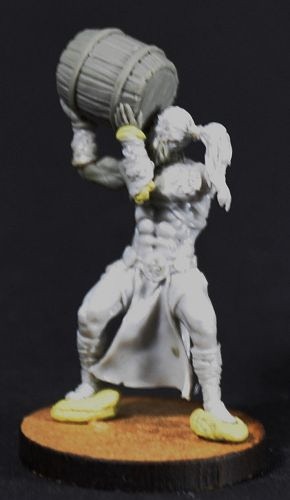 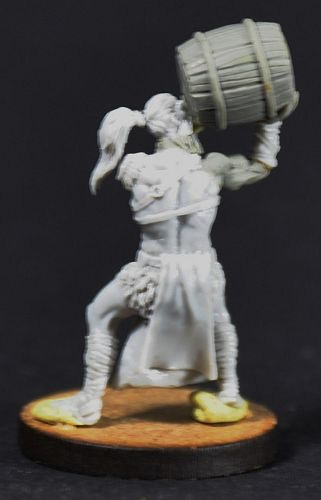 EGAENDR
Egaendr is a Gríthír, a Griffin if you will, a mighty conversion of Ungefelic the Mantichora. He'll be using Hrókr's wings, but the entire front half of the manticore will be sculpted anew... It's early days, but you can see the shape - Tim's getting into the swing of things! 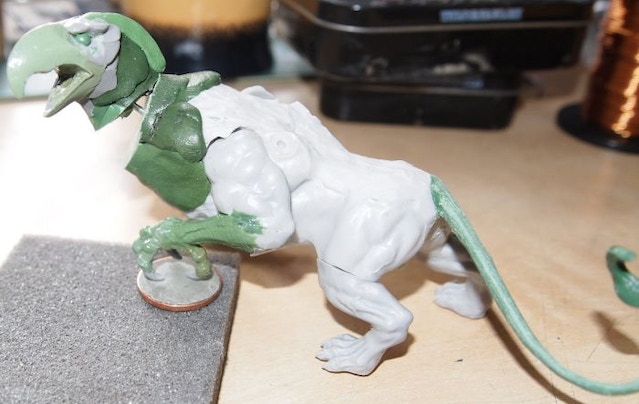 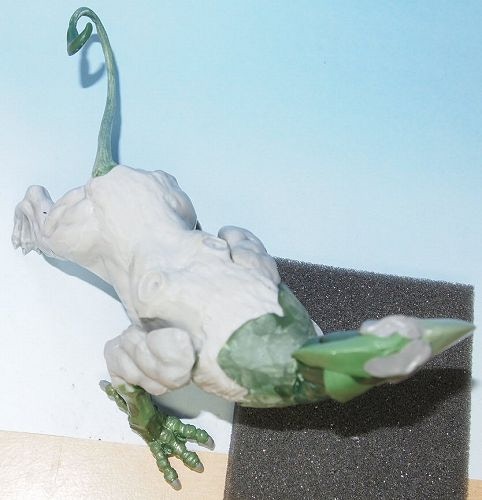 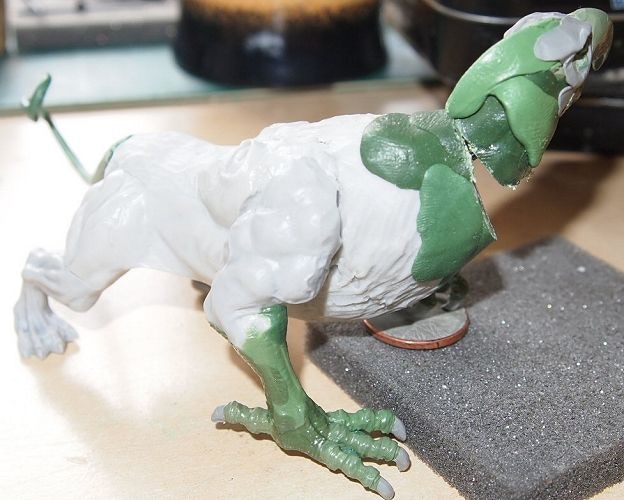 The very last miniature work in progress shots for this project are here, and we're a little sad because these monster conversions have been really interesting!

EGAENDR
Egaendr is done, and he's the very last miniature to be sculpted for this project! Huzzah!

Now, Tim Prow has done some amazing work on this guy; the pictures really don't do the miniature justice, as you'll find out when you get him in your mitts. We began Egaendr worrying because we thought he'd be the most difficult of all the monster conversions to translate into 3D form, but he's actually turned out the best of the lot in our humble opinion! 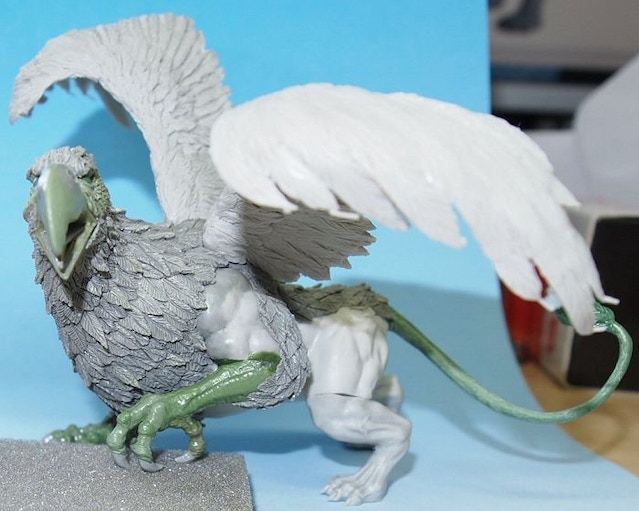 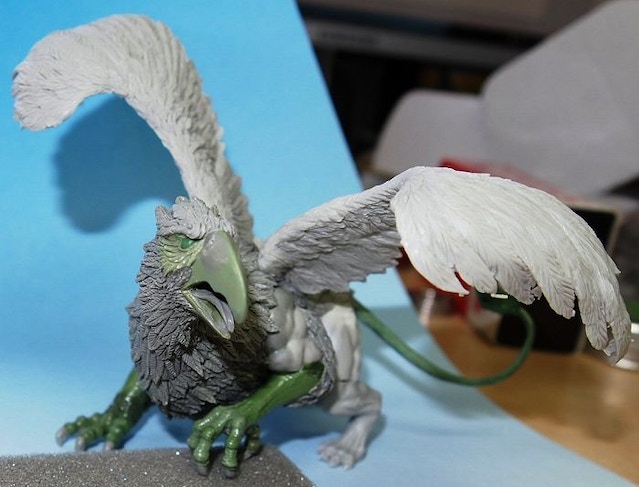 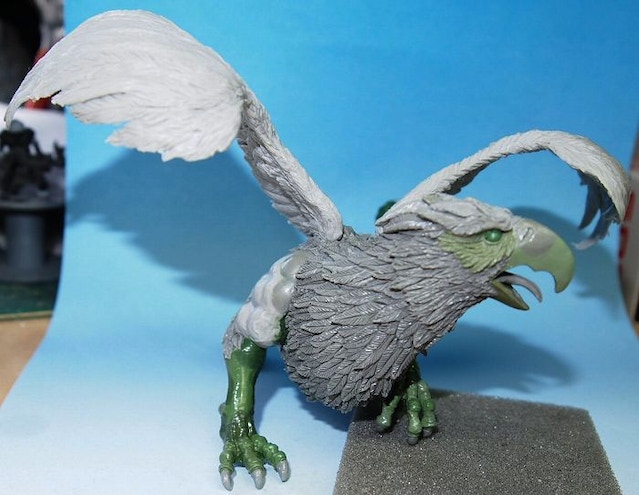 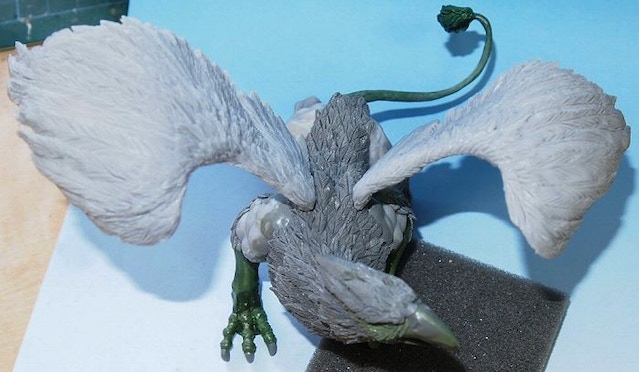 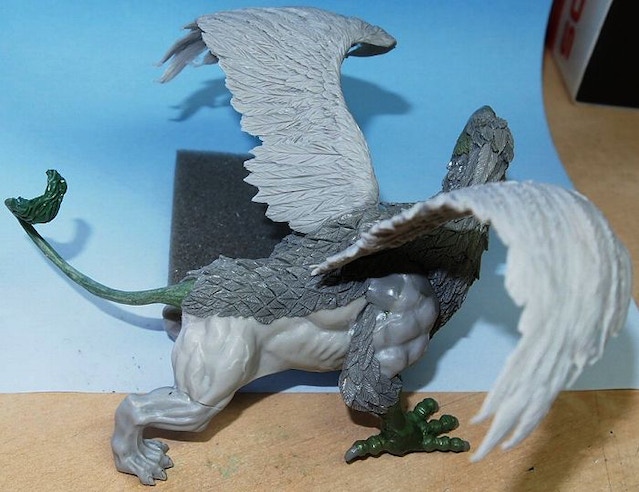 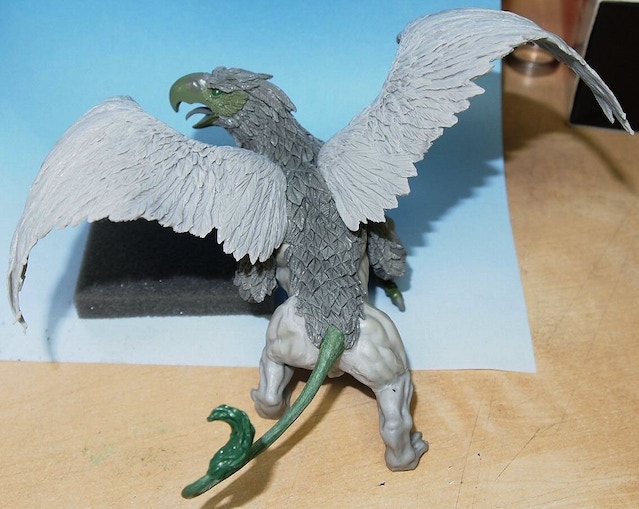 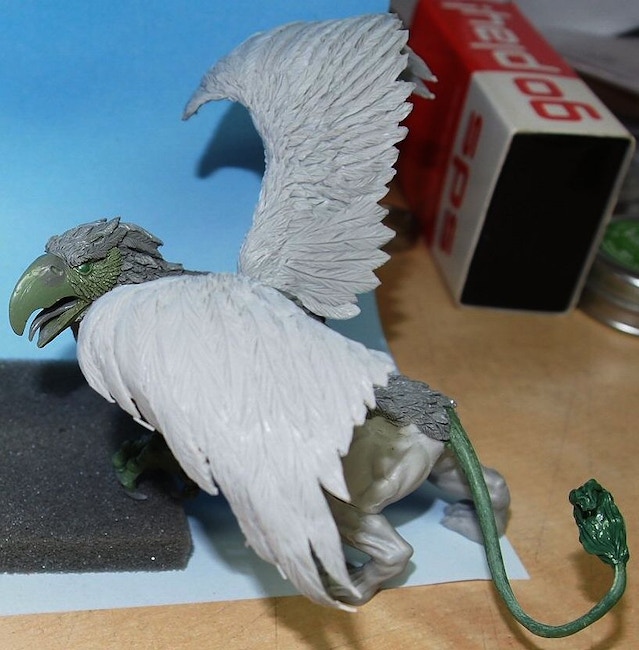 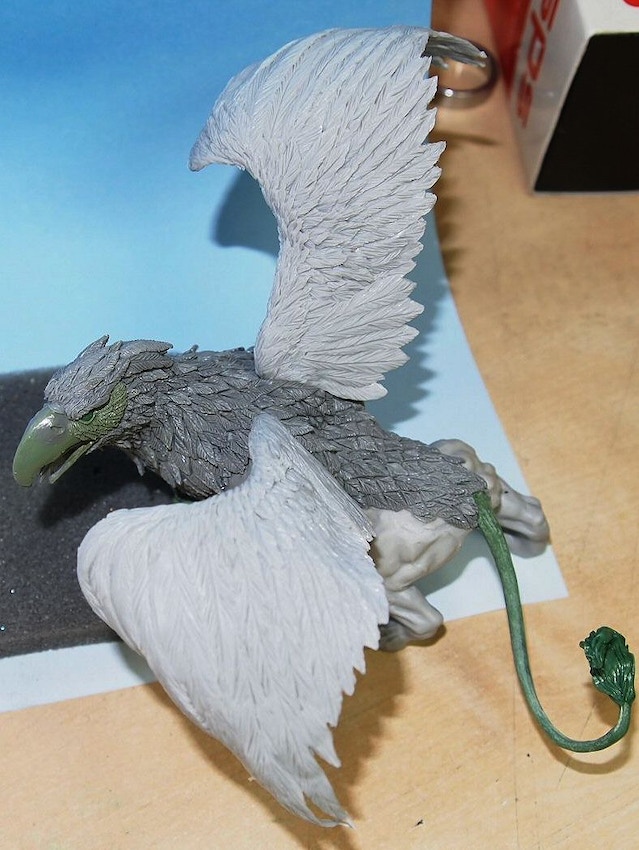 Egaendr will be a Wave 18 shipment!
Mierce Miniatures
http://mierce-miniatures.com
Top

There's just the Drinking Companions left, and they're now in metal... 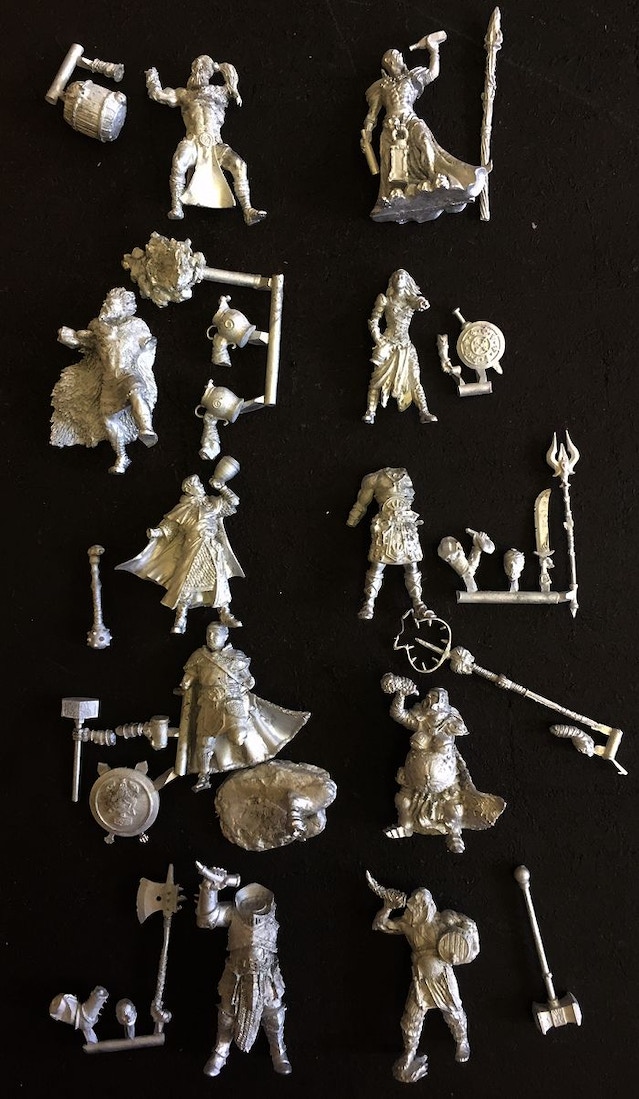 These guys will be in production shortly and will be sent during Wave 18, in August, as long as you have a Metal Age shipment item, of course.

If you haven't, purchase one here: http://mierce-miniatures.com/index.php?act=cat&cre=kst-mag#shipping

If you reserved your drinking companions during the project, have no fear - we'll be adding them to your orders later on this month, ready for shipment as part of Wave 18.
Mierce Miniatures
http://mierce-miniatures.com
Top
Locked
7 posts • Page 1 of 1

Users browsing this forum: No registered users and 3 guests